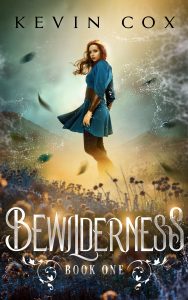 “Readers will find themselves hooked on Kevin Cox’s awe-inspiring worldbuilding and absorbing storytelling that makes each page a breeze to go through.” – Reader’s Favorite

When a sixteen-year-old wakes up in an unknown world and encounters dark forces that threaten the universe, only she can change its destiny.

Accessing portals to other realms, Ambrielle journeys across multiple worlds as she desperately tries to find her way home.

Sixteen-year-old Ambrielle has no memory of her life. In fact, she doesn’t even know if her name is Ambrielle, the name her new alien friend gave her when she woke up mysteriously stranded in a desolate world with no humans. As she slowly cobbles together bits and pieces of her life, Ambrielle tries to fit in with the many alien species she encounters, all while avoiding the dark forces of The Shadows and trying to return to Earth.

When Ambrielle arrives on the desert planet, she is met by Sidaire, a non-human girl with dark gray skin and magenta hair who warns the teen to stay away from The Hollow, a place of oblivion and darkness inhabited by The Shadows—sinister forces with powerful whispers who steal one’s thoughts, feelings, and memories. To escape the mind-controlling Shadows, Ambrielle hides in a water spring and soon resurfaces in yet another world, Anatharia, where she meets Maetha, a friendly and generous alien of the Kavekkian species.

The Kavekkians are at war with the Darterrans who were banished from the mountain for stealing something valuable. When Ambrielle discovers a human boy living among the Darterrans, she is spurned by the Kavekkians and finds her way through another underwater portal to yet another realm: Planet Elyravess.

Elyravess is a futuristic world filled with complex skyscrapers, technology, and advanced synthetics. There, Ambrielle is met by Avo’Doria, a female humanoid cyber being that looks like a futuristic metallic angel. Never having heard of Earth or the human race, Avo’Doria shares that she and all of the robots on her planet have a singular purpose: to find inhabitable worlds and prepare them for the first arrivals in any way they can. Ambrielle’s arrival is a historic achievement, and the robots are beholden to serve her every want and need, including finding her way back to Earth.

Ambrielle returns to Anatharia, the only home she now knows, and attempts to settle the differences between the Darterrans and the Kavekkians in order to restore harmony. In doing so, secrets and betrayals emerge that result in Ambrielle toggling between realms. Tensions mount as Ambrielle learns to navigate these worlds, her own dark and blurry memories, and her alien friends and foes, and it is revealed that somehow she is the key to the fate of the universe—if it’s not already too late.

The cover for Bewilderness, the book will be released on October 12, 2021. … END_OF_DOCUMENT_TOKEN_TO_BE_REPLACED

I have been putting a lot more time into writing lately and ended up finishing this first draft a little sooner than expected. Now the revisions begin, I ran over the word count for young adult fantasy by about 5,000 words, so I will try to trim that down … END_OF_DOCUMENT_TOKEN_TO_BE_REPLACED 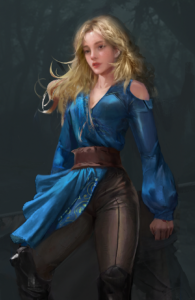 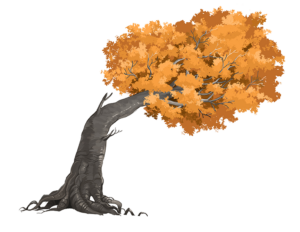 When author Kevin Cox decided for fun to write a single chapter a few years back, he ended up writing another and another until finally a novel was born. He was hooked and has been writing ever since, feeling as if it were something he should have been doing his whole life.

Inspiration for Kevin’s writing comes from the world around him – while driving, showering, reading, or listening to a conversation. He enjoys listening to music while he writes, playing songs whose tempo aligns with what he is writing at that time.

Kevin believes that a good story is made up of great characters – ones with struggles and motivations and overcome obstacles in their path. He hopes that his young adult readers find, when reading his books, that we are all going through struggles that perhaps aren’t visible to all. He hopes his stories inspire his readers to reach out to someone experiencing challenges and to also open up to others who will listen to their own troubles.

Kevin lives in southwest Georgia in a small town called Leesburg. When he isn’t writing thought-provoking science fiction fantasy stories for young adults, he enjoys playing guitar, video games, and traveling. Bewilderness is his debut novel, the first in a series.